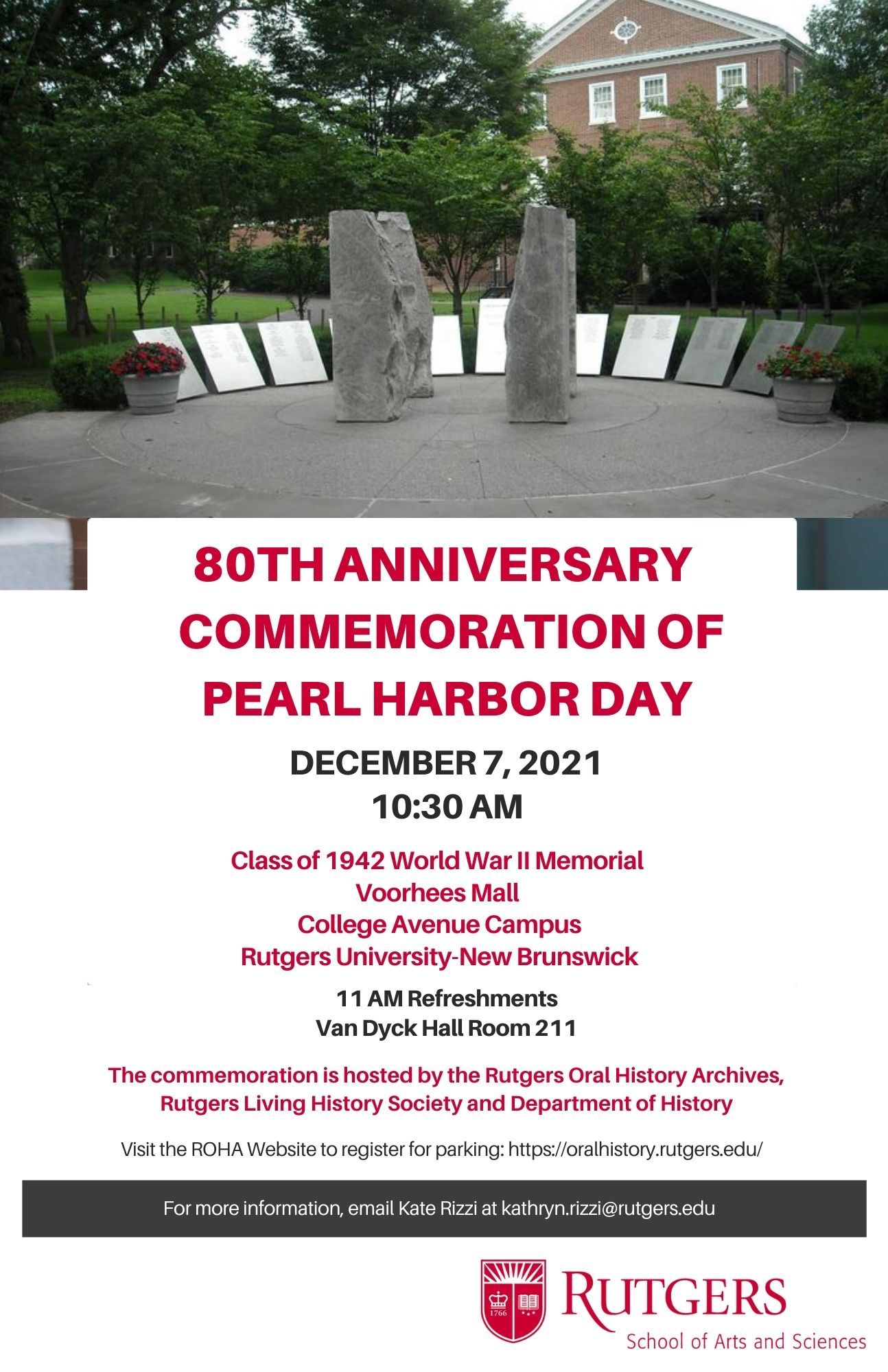 For more information, email This email address is being protected from spambots. You need JavaScript enabled to view it.

In commemoration of the 80th anniversary of Pearl Harbor Day, the Rutgers Oral History Archives presents Voices of Veterans, an online exhibit showcasing passages from oral history interviews of men and women, many of them Rutgers alumni, who served in World War II and in conflicts in Korea, Vietnam, the Persian Gulf, Iraq and Afghanistan.
Click on the image below to view the exhibit. 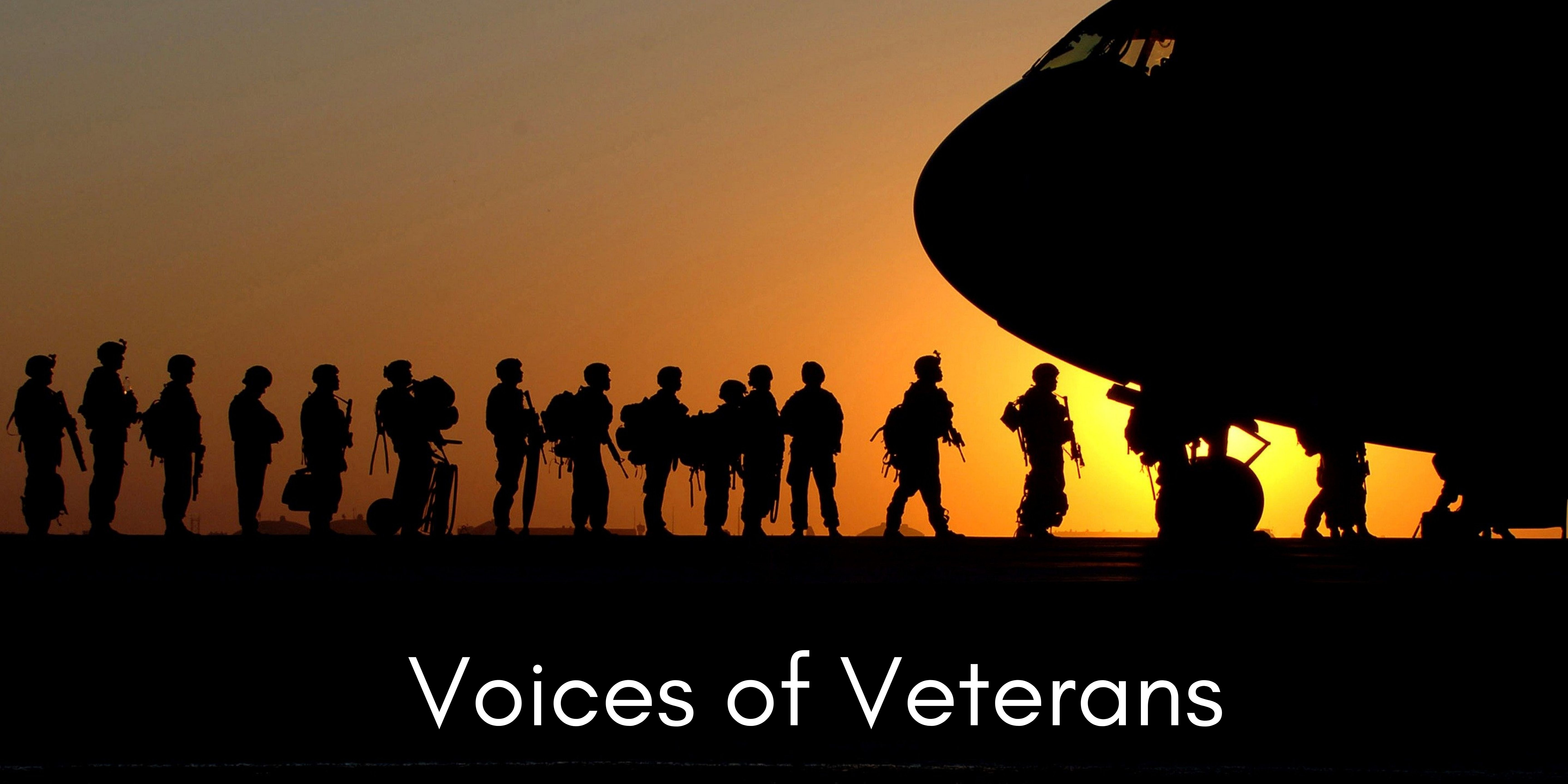 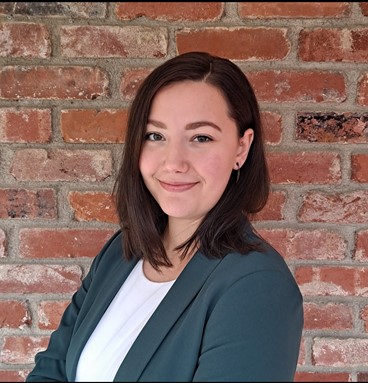 The 2021-'22 Chambers Fellow is Anna Richey, a doctoral fellow in the Department of History. Her lecture, entitled “Fighting Back: How Anti-Rape Activists Fostered Feminism on Campus,” will examine students in both the Women’s Liberation and Civil Rights Movements and their work to stop rape within their communities.

Oral histories play a central role in Richey's research by centering the voices of survivors and activists, as they redefined public discourse on gendered violence. These interviews illuminate the powerful history of student-led grassroots organizing, the implementation of Title IX within higher education, and the growth of the supposedly “safe space” of the modern college campus.

The Chambers Fellowship Lecture is co-sponsored by the Rutgers Oral History Archives, Rutgers Living History Society, Department of History, and Office of the Executive Dean of the School of Arts and Sciences.

To view the recording of this Zoom Webinar, click here.

For more information about the Chambers Fellowship, click here.

Professor of Science, Technology, and Society

Author of Tesla: Inventor of the Electrical Age

“Method in His Madness: Nikola Tesla and Disruptive Technologies”

Rutgers School of Arts and Sciences, Rutgers, The State University of New Jersey

This event has been postponed due to the COVID-19 response.  New date TBD.

Check back here for more details later this year 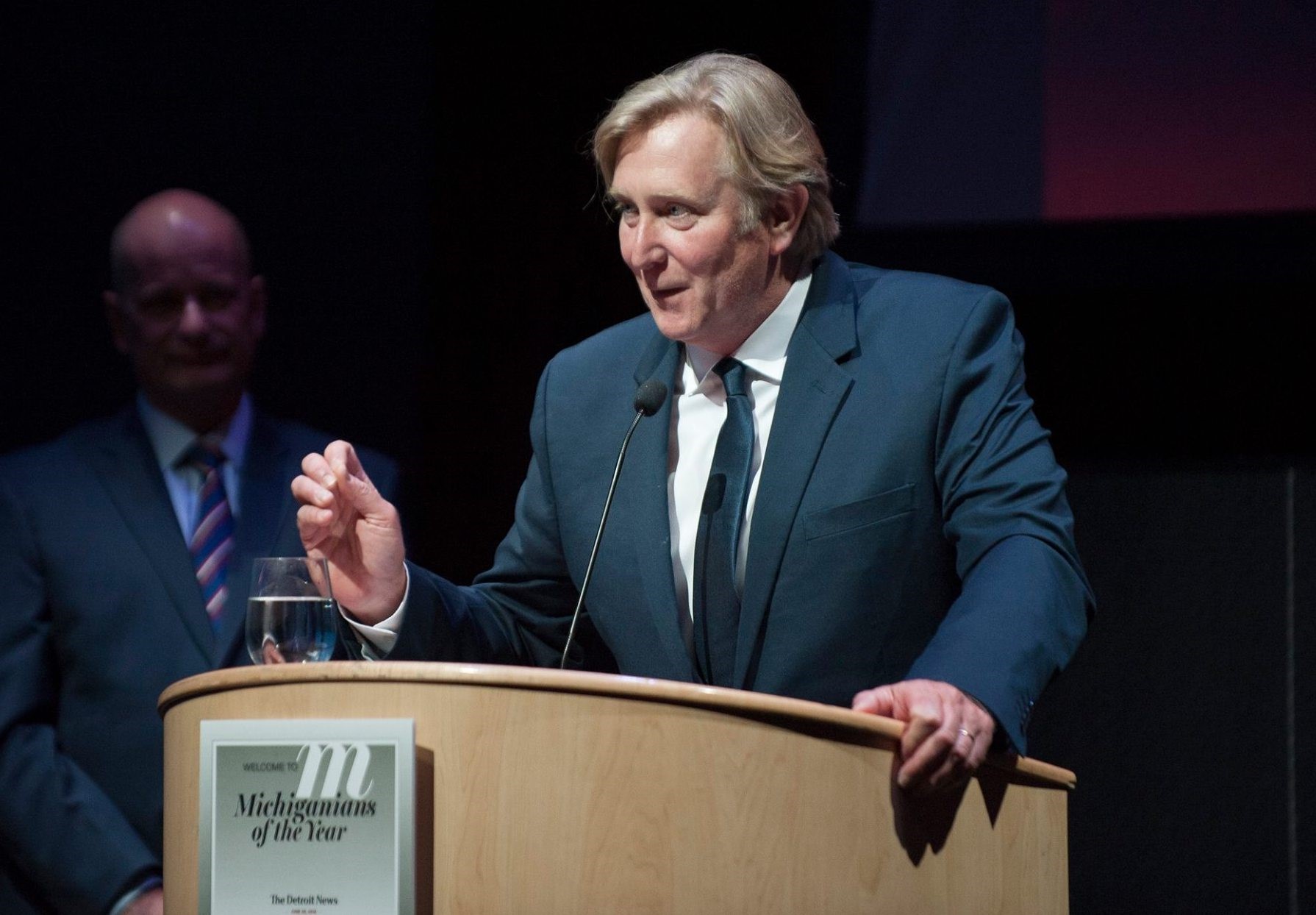 Doug Stanton is a New York Times bestselling author, journalist, lecturer and screenwriter.  As a journalist, he has worked as a contributing editor at Esquire and Outside and has written articles on history, travel, sports and entertainment for publications such as Sports Afield, Men's Journal, The Washington Post, The New York Times, TIME and Newsweek.  He is the author of the nonfiction books In Harm’s Way, Horse Soldiers and The Odyssey of Echo Company.  Drawing upon interviews of survivors of the World War II heavy cruiser U.S.S. Indianapolis, Stanton wrote The New York Times-bestseller In Harm's Way: The Sinking of the U.S.S. Indianapolis and the Extraordinary Story of Its Survivors.  Stanton’s Horse Soldiers: The Extraordinary Story of a Band of US Soldiers Who Rode to Victory in Afghanistan explores the experiences of Special Forces soldiers in the early days of the war in Afghanistan.  In his research, he conducted over one hundred interviews of American service members, civilians and family members.  Horse Soldiers appeared on the front page of the Sunday New York Times Book Review and spent three months at #1 on The New York Times bestseller list.  Stanton used letters from the time as well as interviews with Vietnam veterans to write The Odyssey of Echo Company: The 1968 Tet Offensive and the Epic Battle to Survive the Vietnam War.  Stanton has appeared on C-SPAN’s "American History," CNN, Discovery, A&E, History Channel, Fox News, NPR, MSNBC’s Morning Joe, C-SPAN’s BookTV, PBS and NBC Nightly News.

THE STEPHEN E. AMBROSE ORAL HISTORY AWARD is presented annually by The Rutgers University Living History Society to individuals who have made an outstanding contribution to the practice and/or use of oral history. The award is named for the late historian and author Stephen E. Ambrose, who helped guide the Rutgers Oral History Archives program at its inception in 1994 and
who served on its Academic Advisory Board for the balance of his life.

RSVP by April 10, 2020 to Kathryn Rizzi at This email address is being protected from spambots. You need JavaScript enabled to view it.  Admission is $25 for the event.
Please mail your check to the Rutgers Oral History Archives, 1 Spring Street, Room 417, New Brunswick, NJ 08901.

Event parking will be in Lot 26, Lot 30 and the College Avenue Parking Deck.  Visitors must register for parking at PARKING REGISTRATION